by elephant and castles 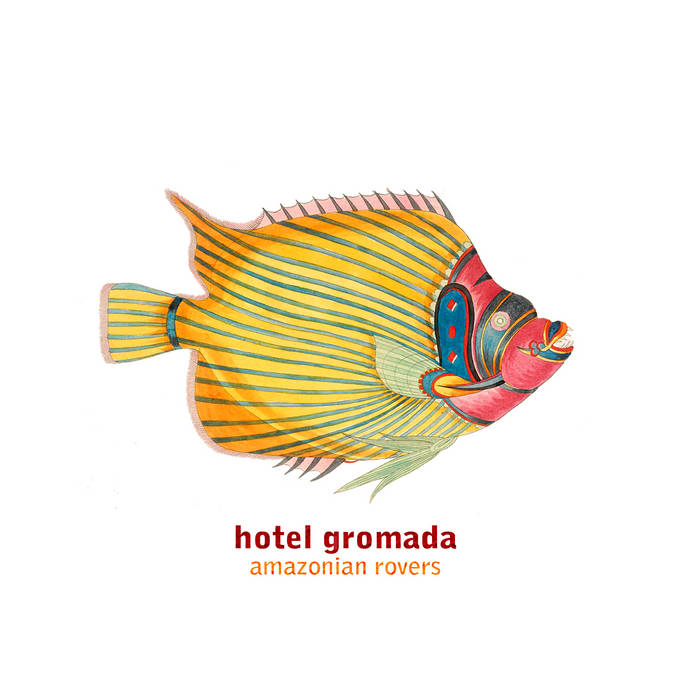 First “studio” album from the French duo. Field recording based compositions from concrete to abstract, often narrative never illustrative. A warm and playful album with the real ability to transport the listener to imaginary places ...
100 Cdrs with color artwork and inserts.

Biog:
Since 2008, Hotel Gromada is the sound project of Nicolas Perret and Cédric Anglaret. Using reality as a raw material, Hotel Gromada always oscillates between the extremely concrete and the abstract creating imaginary places through a non-pictorial narration, getting close to what could be a cinema of sensations where images are made up by the public's own imagination. Far from an objective point of view their way of working -traveling, meeting people, getting involved in local life...- implicates from the beginning the presence of the recorders and hence the subjectivity of the recordings.
In between concert and live installations each presentation is a live set especially prepared to fit the space and context: very soft and quiet sounds for a headphone festival (Paris, Bruxelles 2007-2008), abstract and loud for noisy places (Finland, Berlin, 2008) or precise and wide sounds for an ancient church (Galeria El, Elblag, 2008).

Artist Notes:
“The three main tracks of Amazonian Rovers, each with a totally different atmosphere, were composed separately during the winter 2008/2009. In the idea of a live set for a Spanish tour, they were put together and transitions which soon became new tracks were added in order to create a 35 minutes piece. The piece was then cut into tracks back again and arranged for this cd version.
All the sounds used were recorded by ourselves in the ten past years in various places around the world including: France, Poland, Russia, Peru, Portugal, Finland, Spain, Romania, Bulgaria, etc... recording devices ranging from DAT to mobile phone.

For us, the act of composing begins with listening. Improvising a lot, we are first of all active auditors of our own recordings looking for their texture, timbre, melodic or rhythmic quality, details or imperfections.
When a structure is found, we then refine each layer for what it brings to the overall composition and, through mixing we sculpt atmospheres that we like to be serious and playful at the same time, strange and sometime uneasy but also sweet and warm; imaginary places we hope to transport the listener to.”

Bandcamp Daily  your guide to the world of Bandcamp

Featuring interviews with the mighty Haitus Kaiyote and genre-busting L'Rain.